These images from Philippine presidential front-runner Rodrigo Duterte's huge final rally at Manila's Luneta Park on May 7, 2016 focus on the excitement and color of a hard-fought campaign - and especially the strong emotions at play. In the final picture, vice-presidential candidate Alan Cayetano snaps group selfies from the stage.

ISIS in Ambon: The Fallout from Communal Conflict

Asia Foundation
What a Duterte Win Means for Philippines

What a Duterte Win Means for Philippines

In 2010, the Philippines conducted its first-ever automated poll, and I wrote that “elections had changed, but politics didn’t.” This year for a second time, a general election, including the presidency, was automated. Again we had concessions from presidential candidates the day after the polls instead of having to wait weeks for a manual count.

Read Me  The Philippines Politics, Society

Imperatives for Peace Face New President in the Philippines

As the campaign period for the May 9 Philippine general elections comes to a close, increasing numbers of Bangsamoro peace process advocates are pushing national and local candidates for more explicit statements regarding their strategy in resolving the protracted conflict in Mindanao. Some worry about whether the peace process will continue under a new president.

On April 30, Vietnam marked 41 years since the end of the American War. While Saigon has changed dramatically in those four decades, transforming into the economic heart of the country as well as its most modern metropolis, April 30, 1975 was a fateful day for the city's residents – and, of course, the country as a whole. Though much of Saigon's history does not exist on film or on paper, this day – and the months which followed – were well-documented in the city.

Southeast Asia Globe
Make or break time for the Mekong

Make or break time for the Mekong

As drought lingers and unfettered dam construction plugs the Mekong river, managing the life-giving waterway becomes ever more crucial. All eyes are now on a new China-led initiative that claims to have the region’s best interests at heart

The National Bureau of Asian Research and the Sasakawa USA have partnered on a new innovative platform for analyses and data on maritime security called the Maritime Awareness Project (MAP). The MAP portal combines exciting, interactive mapping technology with rigorous analyses from the world’s leading maritime experts to serve as the leading authoritative resource on maritime issues. 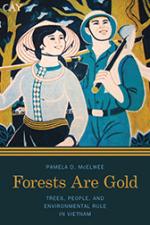 Forests Are Gold examines the management of Vietnam's forests in the tumultuous twentieth century-from French colonialism to the recent transition to market-oriented economics-as the country united, prospered, and transformed people and landscapes.

The first official presidential debate in 24 years was held in Cagayan de Oro City. The urban centers of Mindanao are visibly booming, but the old problems of poverty, peace and order concerns, and power shortages continue to haunt the countryside.

Social Weather Survey
Satisfaction with how democracy works at 76%

The Fourth Quarter 2015 Social Weather Survey findings on satisfaction with democracy and preference for democracy are in.

The lack of laws and structures to strengthen human rights contribute to the 'climate of impunity' in the Philippines, says Amnesty International.

HRW calls on US government to reveal truth about 1965 massacre

An article from the Jakarta Post on Human Right Watch (HRW)'s call for the US government to reveal the truth about the 1965 massacre. Human Rights Watch has said an apology over the atrocities of 1965 would be futile unless the whole truth was revealed.

The International NGO said the government should be held accountable for its actions related to the killings of people who were considered associated with communism, including for what is hidden in secret files held by the US government. 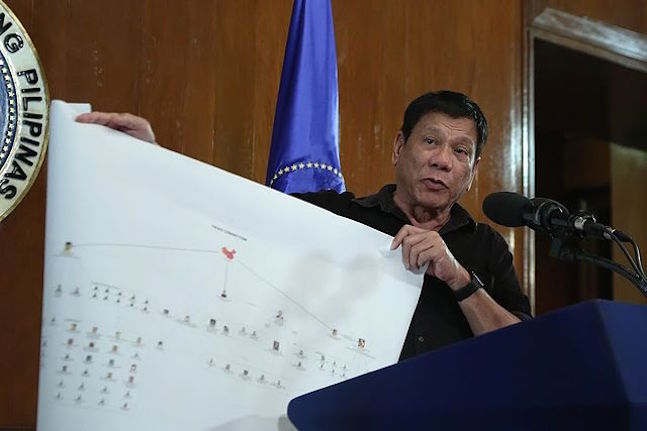 Podcast: What to Make of Duterte's Philippines

John Gershman of NYU discusses with Carnegie Council’s Devin Stewart the state of Filipino politics since the election of Rodrigo Duterte and where the country may be headed. Topics covered include the Philippines’ anti-drug campaign, extrajudicial killings, climate change vulnerability, and diplomatic relations with China, the U.S., and ASEAN. Read more 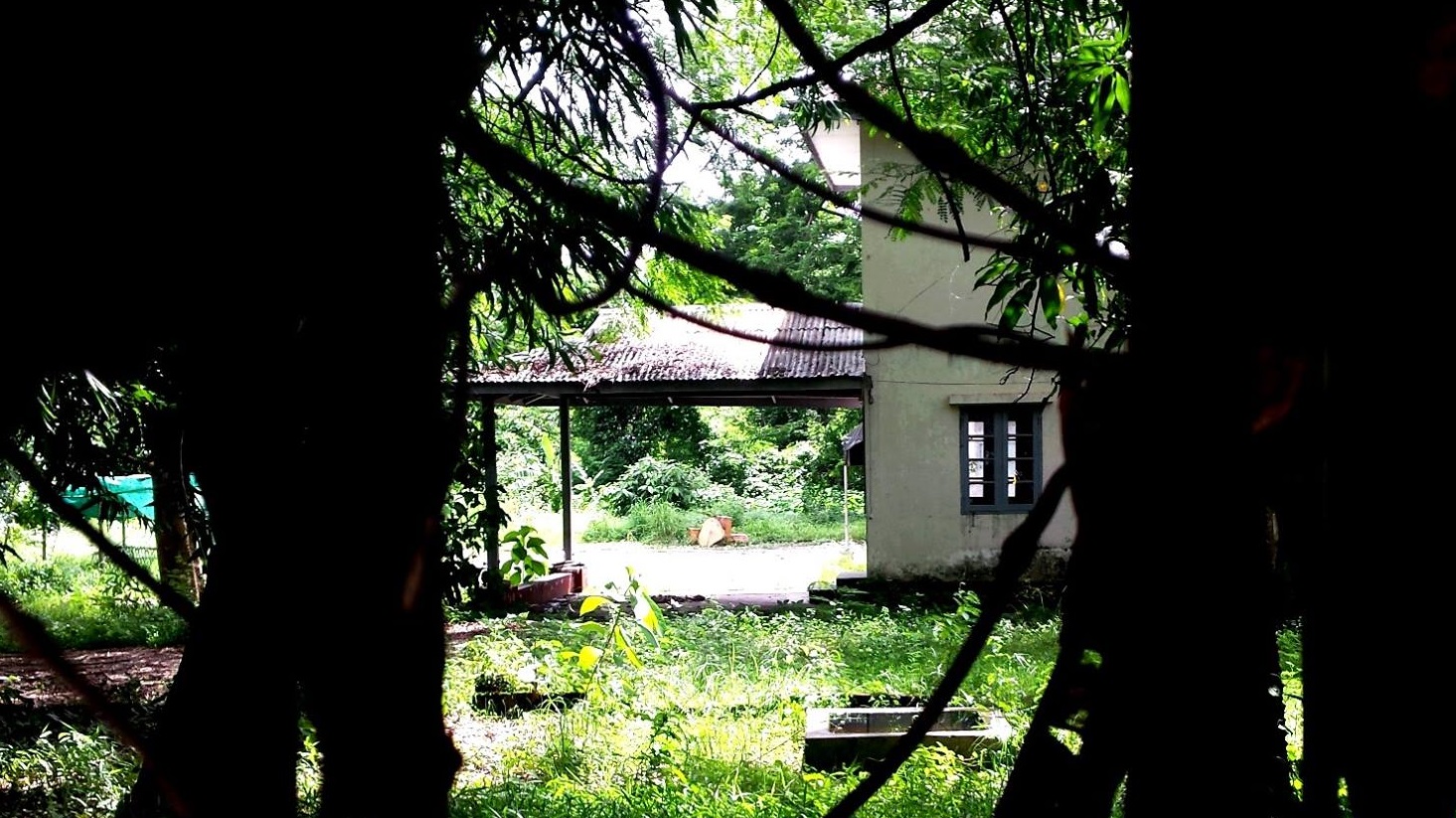 Interview: On the United Nations and Youth Policy in Myanmar

It is often difficult for members of local organisations to voice their concerns, especially about the shortcomings of international aid agency approaches. They may rely on funding partnerships, or simply find it difficult to communicate directly to international groups about the concerns they have. Yet their insights can be important. Today we hear from a staff member from a local organisation in Shan State on the U.N. and youth policy.  Read more 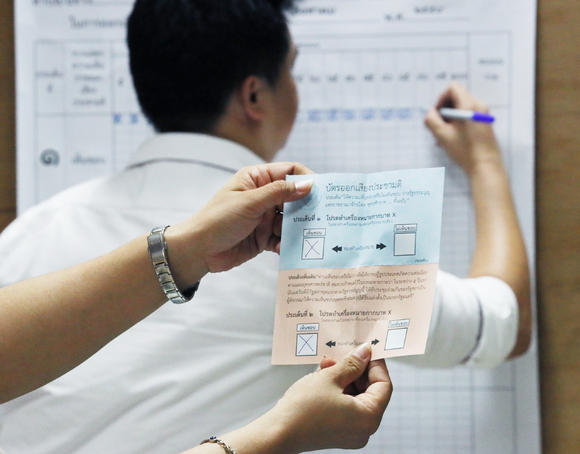 Thailand's junta can breathe a sigh of relief, but only for the moment. The result of its Aug. 7 referendum on a new constitution has to be measured against a similar poll held in 2007: on both occasions, voters approved a charter drafted by a military-appointed committee created in the wake of a coup d'etat... Read more 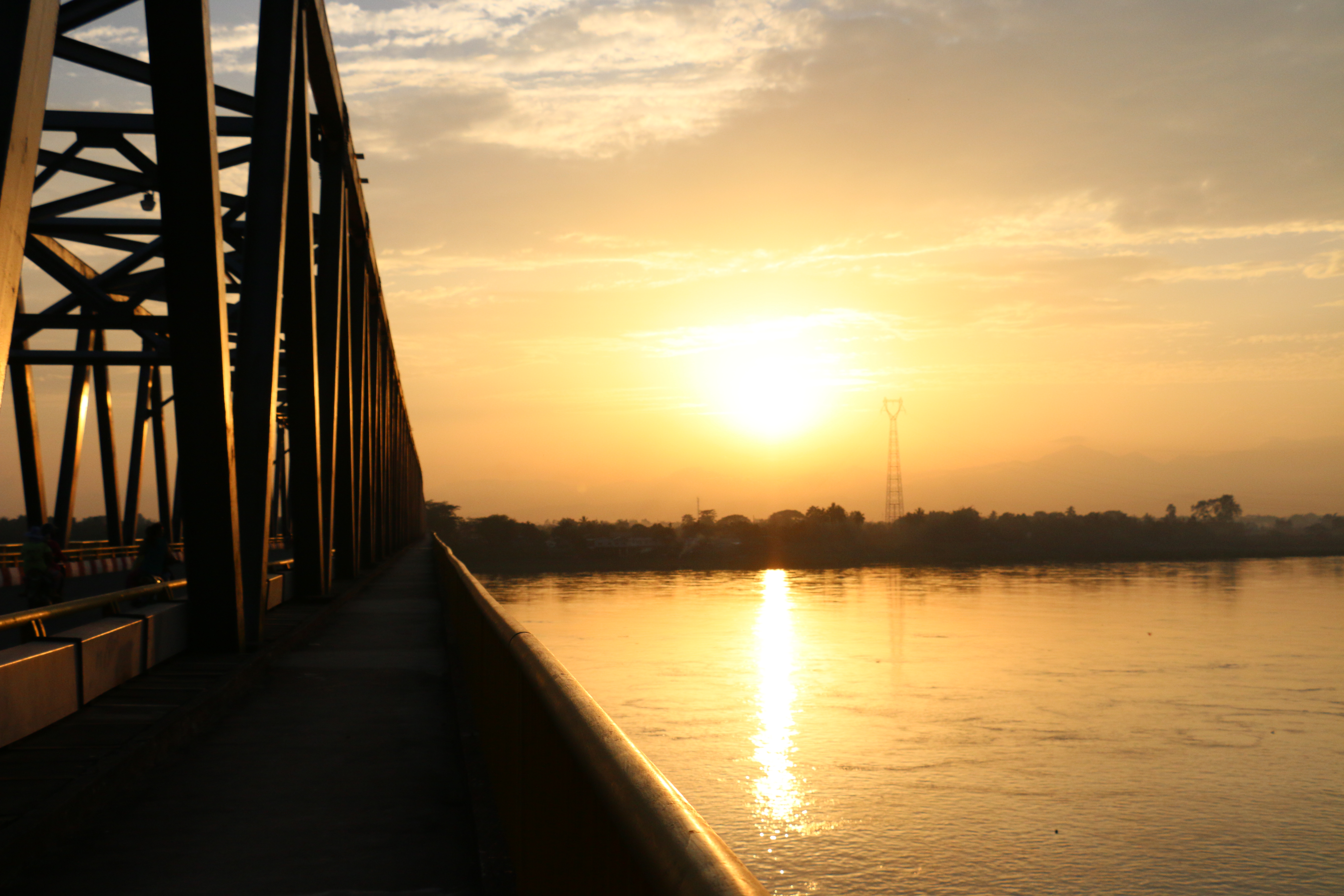 Interview: Reflections from a Kachin NGO 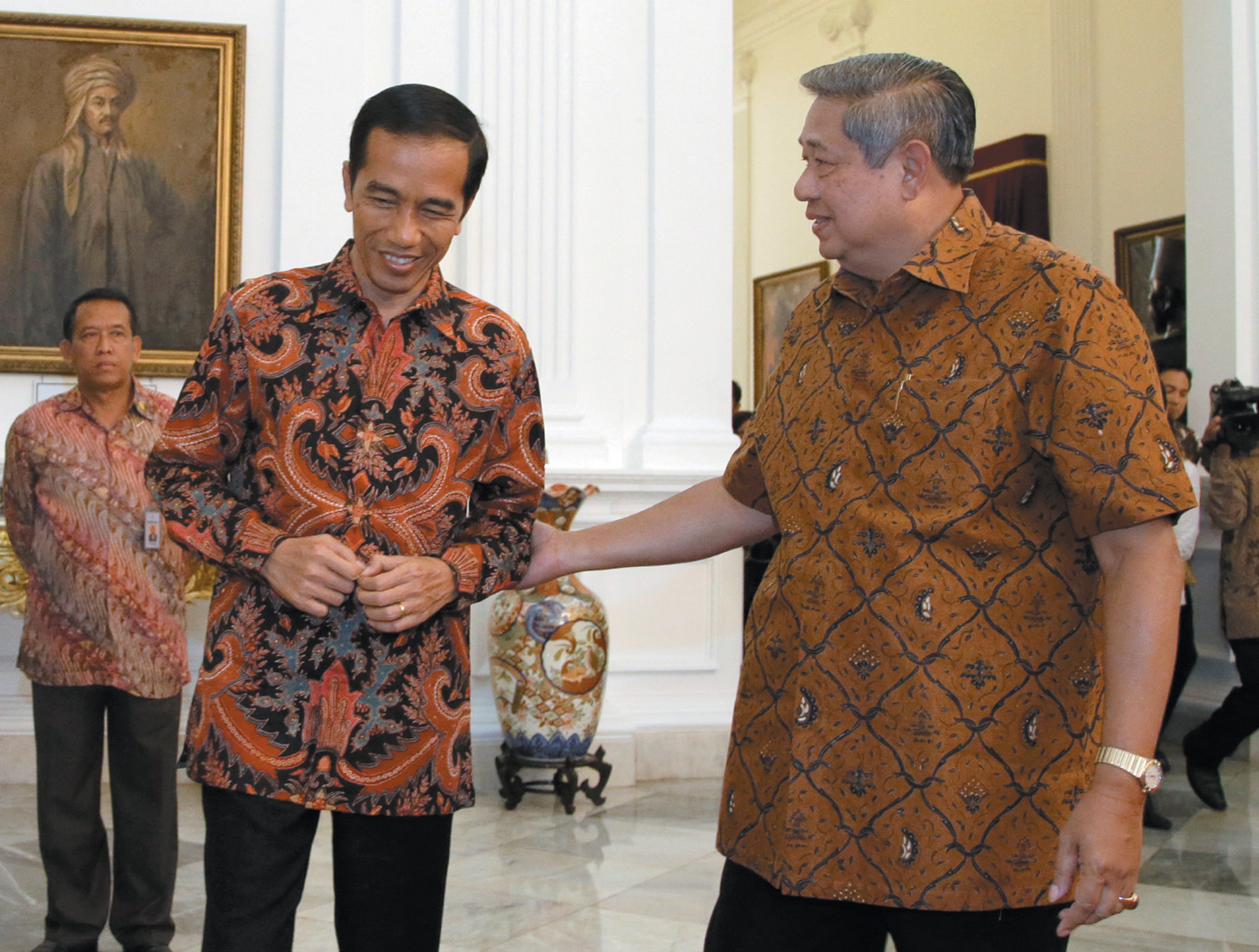 Indonesia: the Battle Over Islam

The Islamic State’s butchery and takeover of territory in Iraq and Syria dominate the headlines, but a much less violent yet little-known conflict exists in Indonesia, where more Muslims live than in all of the Middle East. It is a battle to define Islam in Indonesia and it matters because it is taking place in one of the few democracies with a Muslim majority. There are more Muslims in Indonesia who can be loosely called progressives than there are anywhere else, but they are in constant struggle with conservative Muslims. Read more 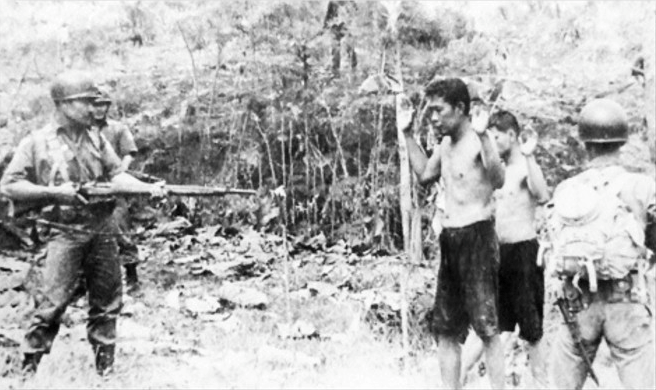 A Primer on the 1965 Killings in Indonesia

For two days in April, many Indonesians focused on a dark and long-buried chapter in their nation’s history thanks to a government-supported conference entitled “National Symposium: Dissecting the 1965 Tragedy, An Historical Approach.”  Already there is much debate... 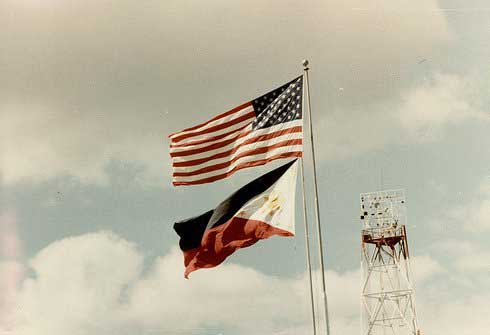 Latest on the U.S. and the Philippines 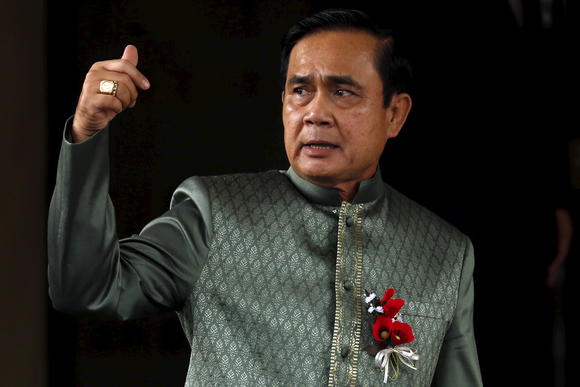 After a couple of false starts since the May 2014 coup, Thailand now has a draft constitution, and Aug. 7 has been set for a referendum on adopting... Read more