This week, many of Thailand’s 68 million people will celebrate Buddhist New Year, also known as “Songkran.” It’s a joyous time as families and friends reunite across the country to celebrate. Millions of Thai workers in Bangkok will return to their country homes for the holiday. However, because of the increased traffic, there will inevitably be a surge in crashes and road fatalities.

Prachatai.com recently a recap of all the Thailand Update 2018 talks

In the early hours of Jan. 30, 1968, the first Communist rockets struck provincial capitals across South Vietnam. A nationwide ground assault followed, and by morning the next day, much of the urban South was besieged, including Saigon’s radio station, the South Vietnamese military headquarters and even the American Embassy.

Both documents contend that the epicentre of Great Power competition is the IndoPacific region where China seeks to displace America as the paramount power in order to achieve regional hegemony and ultimately global pre-eminence.

An escalation in geopolitical competition between Washington and Beijing holds significant implications for Southeast Asia.

Philippine President Rodrigo Duterte told soldiers last week to shoot female rebels in their genitals, the latest of several violent, misogynistic remarks. Addressing a group of former communist rebels on Wednesday, Duterte, who served as a mayor before becoming president, appeared to encourage the Armed Forces of the Philippines (AFP) to target women in conflict.

Reuters
Massacre in Myanmar: One grave for 10 Rohingya men

Massacre in Myanmar: One grave for 10 Rohingya men

On Sept. 2, Buddhist villagers and Myanmar troops killed 10 Rohingya men in Myanmar's restive Rakhine state. Reuters uncovered the massacre and has pieced together how it unfolded. During the reporting of this article, two Reuters journalists were arrested by Myanmar police.

The sound of silence: sexual abuse in Cambodia’s Buddhist pagodas

An unregulated pagoda environment, the status of monks and the downplaying of male rape means that abuse of children in the monkhood is likely more widespread than anyone dares to admit 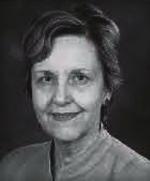 The Weatherhead East Asian Institute mourns the death of Jayne Werner, who served as a WEAI Research Scholar from 2010 through 2015. A Professor Emerita of Political Science at Long Island University, Dr. Werner was a leading expert on the contemporary politics of Vietnam. She also served as a past Co-Chair of the University Seminar on Southeast Asia in World Affairs at Columbia University.

The Telegraph
Malaysia tourist board ridiculed for ‘hideous’ new logo

"The technicoloured design, released on Friday at the ASEAN Tourism Forum in Chiang Mai, features clip-art style illustrations of the Petronas Towers, an orangutan and proboscis monkey wearing sunglasses, a turtle (also wearing sunglasses) and a palm tree." 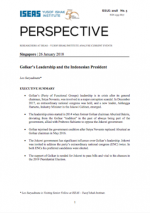 Golkar’s Leadership and the Indonesian President

Beijing gone from foe to friend in Manila

"Former Philippine president Benigno Aquino III adopted a balancing policy to respond to Chinese pressure over the two countries’ territorial disputes in the South China Sea. This balancing policy culminated in the signing of the Enhanced Defence Cooperation Agreement (EDCA) in April 2014, which provides for the United States to rotate forward-deployed forces in Philippine territory and for extensive access to Philippine military facilities. Now President Rodrigo Duterte is unravelling his predecessor’s work."

The ethnic cleansing of the Rohingya is a particularly vicious chapter in a long history of majoritarian nationalism in South Asia, writes Mukul Kesavan in the January 18, 2018, issue of The New York Review of Books.  Read more: http://www.nybooks.com/articles/

When Australia reduced its foreign aid to Indonesia by 40 per cent in 2015, Indonesia’s Foreign Ministry responded that ‘Indonesia … is no longer a country that needs aid for development’. At face value, this seems to be the case. Data released by the OECD’s Development Assistance Committee (DAC) in October 2017 shows that net foreign aid to Indonesia from DAC member countries and from multilateral aid agencies like the World Bank has decreased and even turned negative in some years.

Post-Marawi Lessons From Detained Extremists in the Philippines

The latest report from the Institute for Policy Analysis of Conflict (IPAC) examines the debriefings of seven suspects arrested in connection with the September 2016 bombing in Davao, carried out by a pro-ISIS cell in Cotabato. "Post-Marawi Lessons From Philippine Detainees,"  looks at patterns of recruitment and radicalisation, training, financing and coordination with other parts of the pro-ISIS coalition, especially with the Maute brothers who later led the Marawi siege.

President Rodrigo Duterte of the Philippines has ordered military officials to stop construction work on a sandbar in a disputed area of the South China Sea after Beijing complained, the country’s defense chief said on Wednesday. 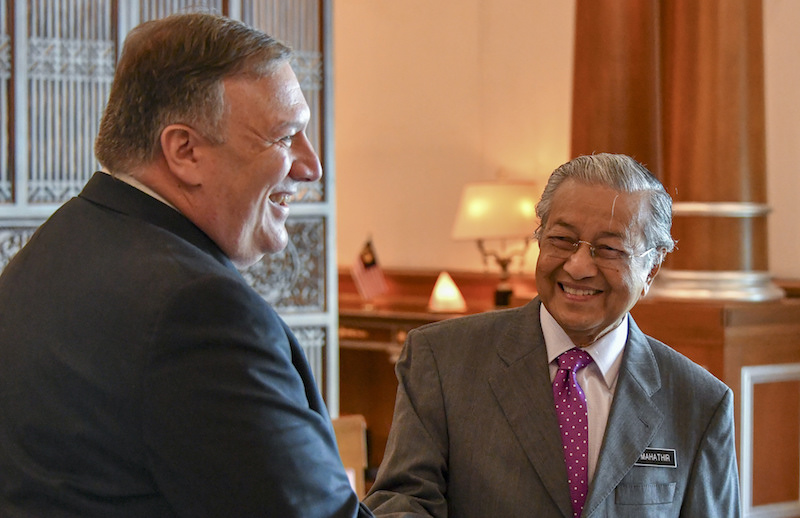 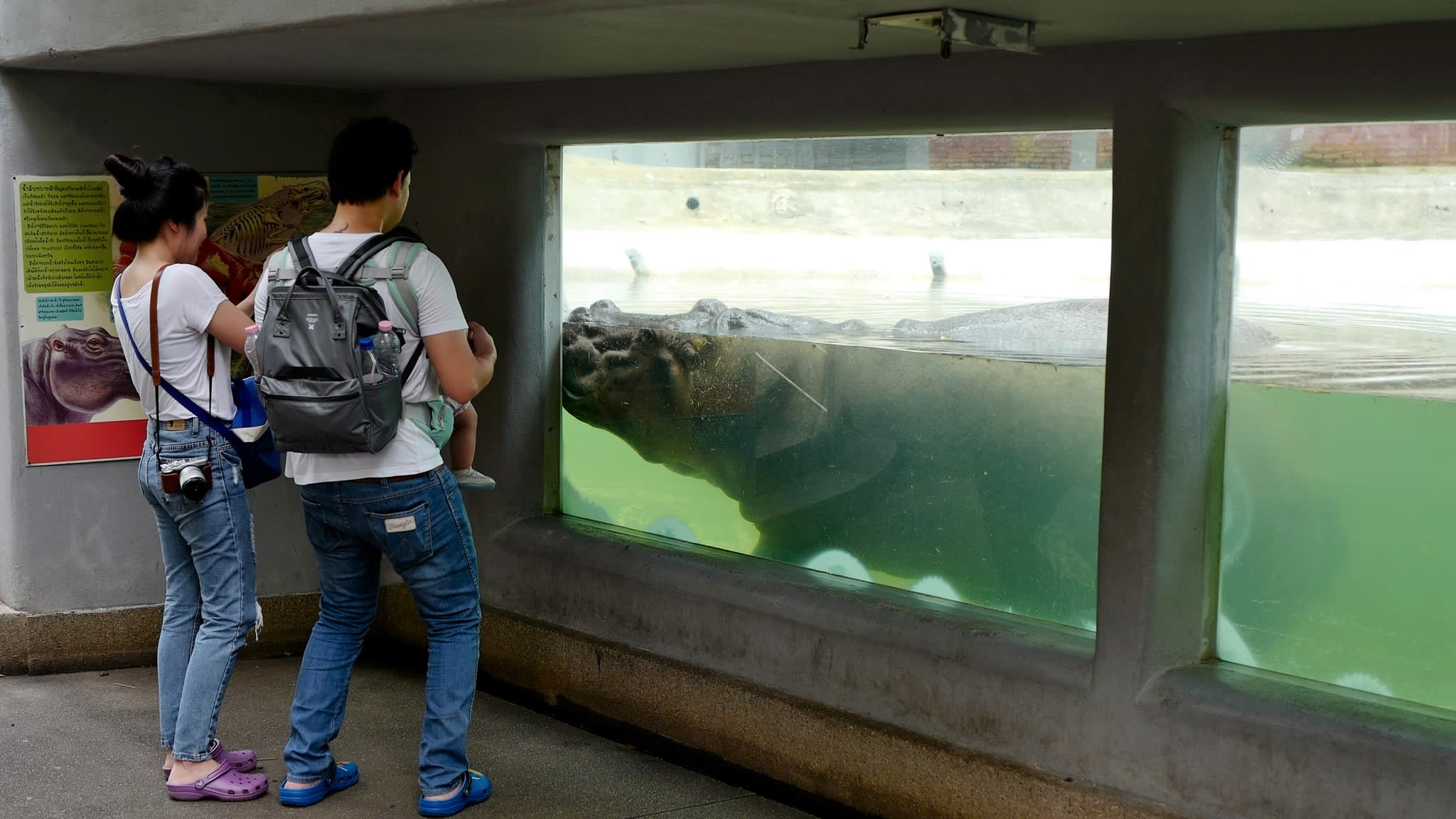 Co-founder of NYSEAN, Professor Duncan McCargo, wrote about how the closure of Bangkok's Dusit Zoo highlights the state of Thai democracy. 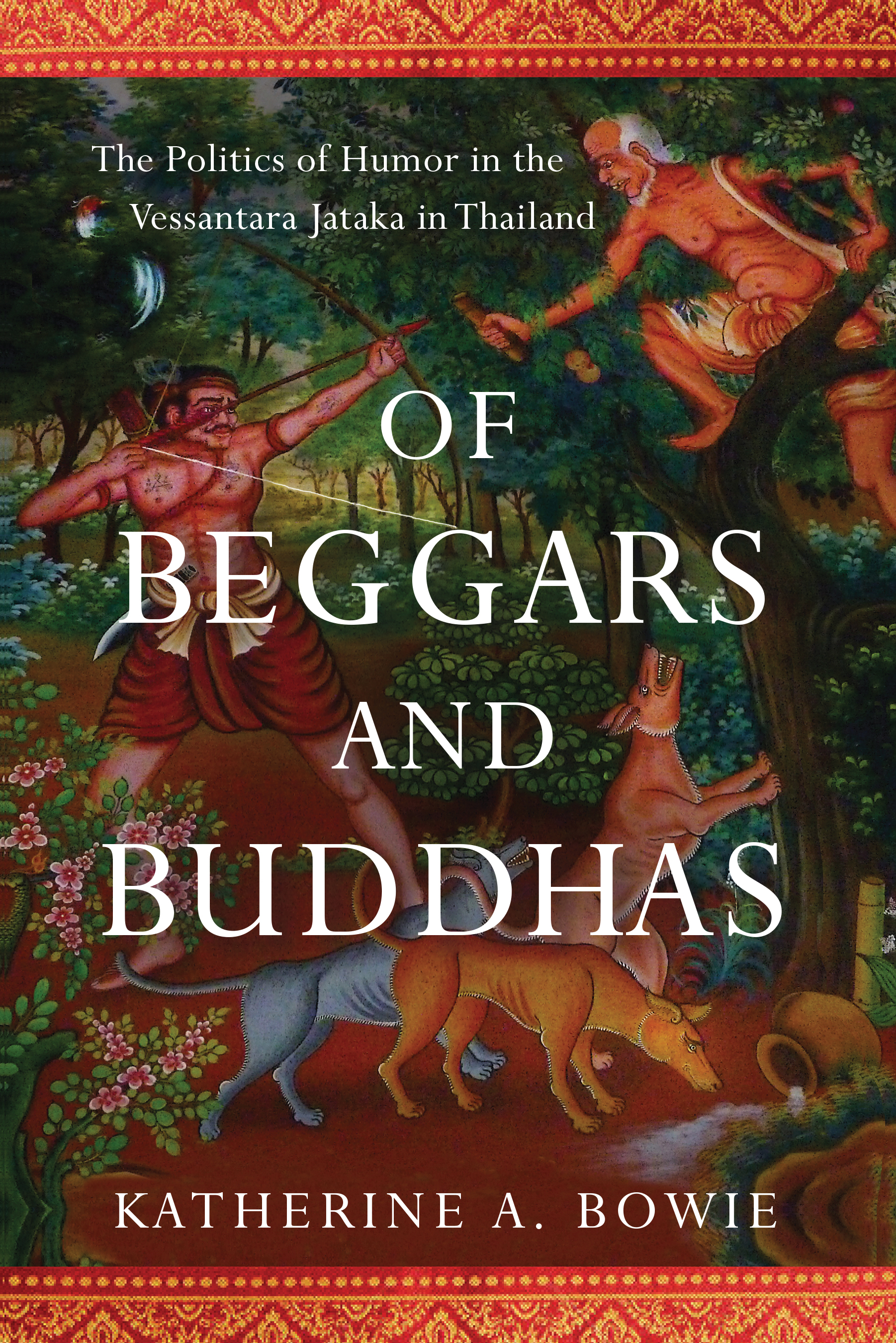 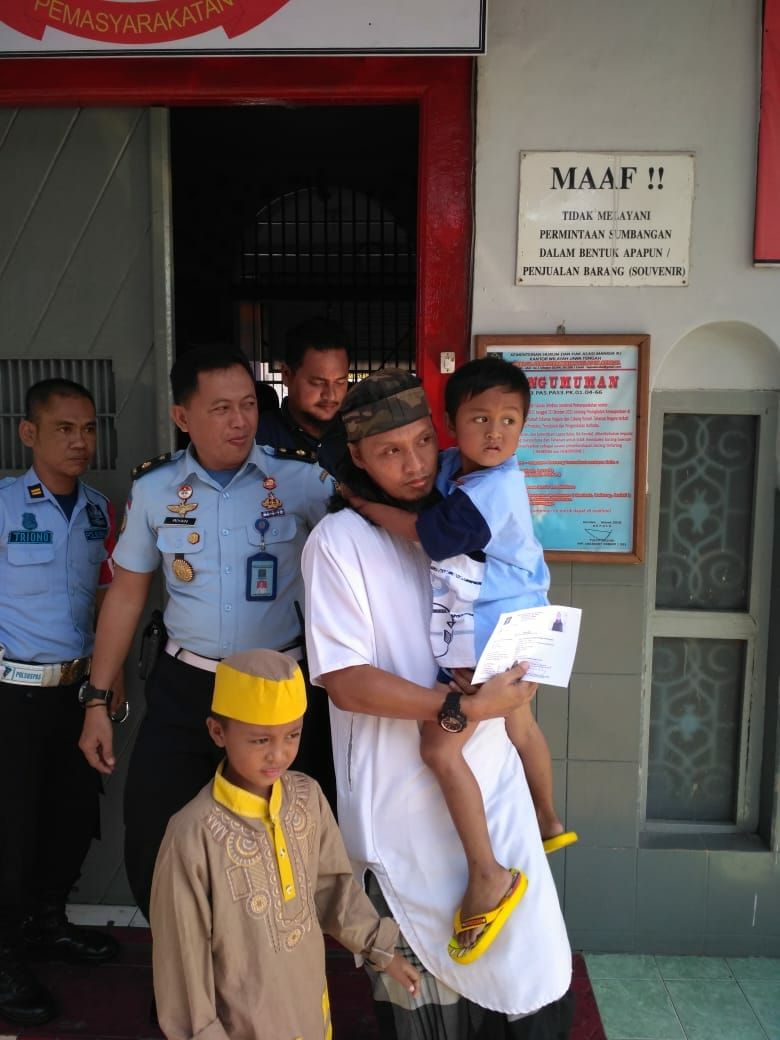 The Institute for Policy Analysis of Conflict (IPAC) recently published an update on the rleases of Indonesian Extremists. 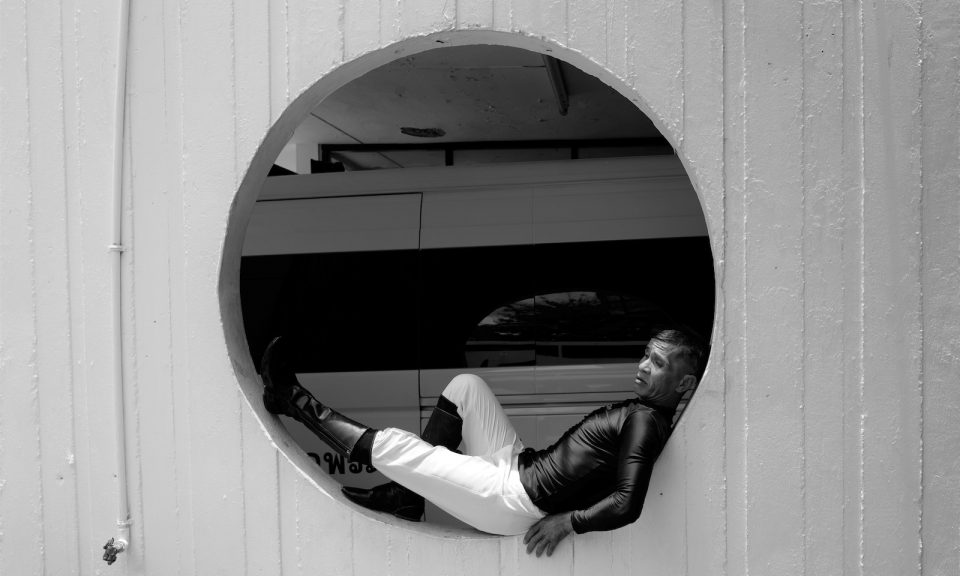 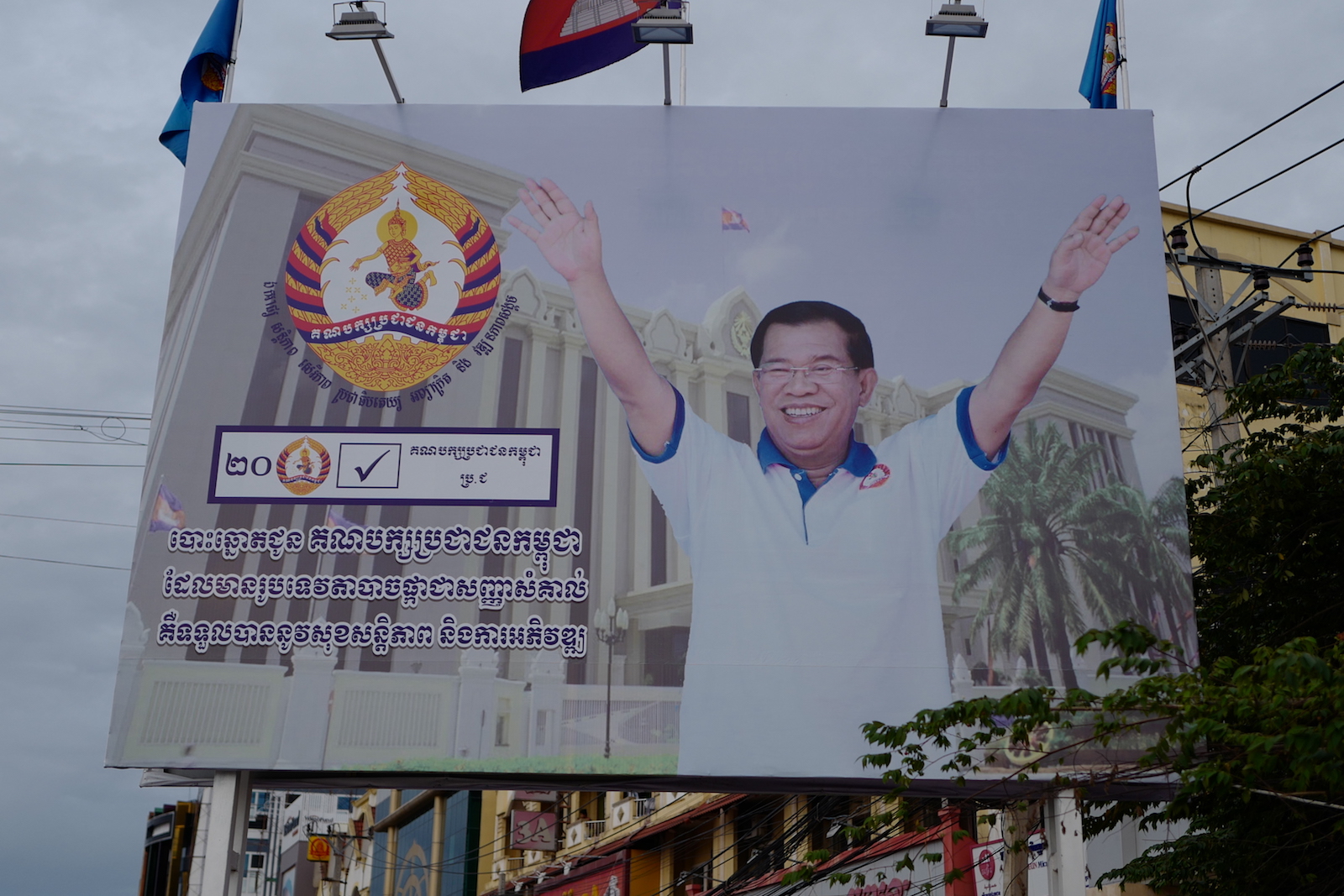 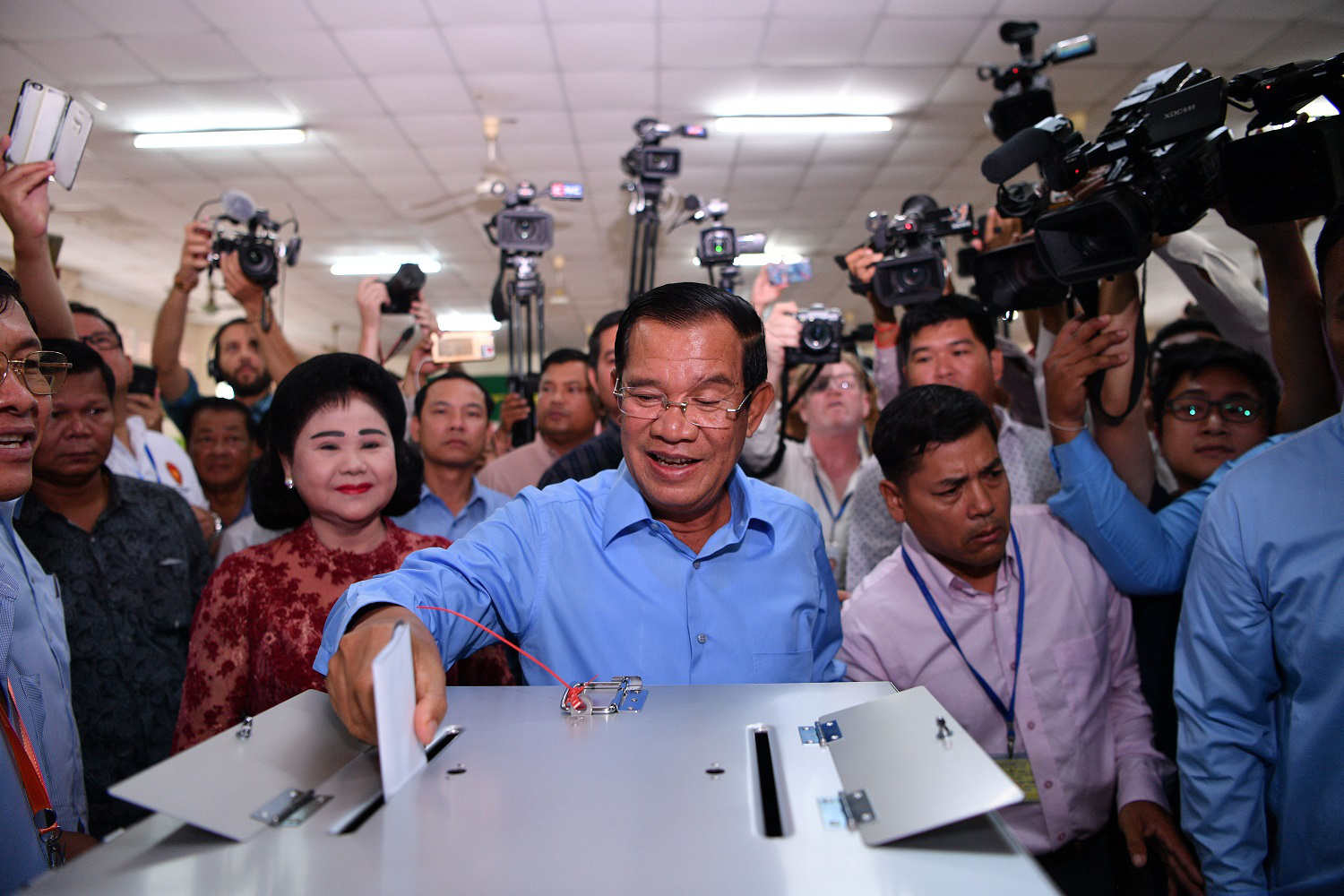 NYSEAN Partner Institute for Policy Analysis of Conflict released "Managing Indonesia's Pro-ISIS Deportees", a report on the complex problem of how to monitor and integrate pro-ISIS deportees.