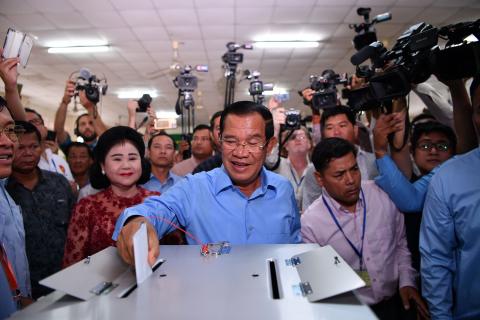 There are no events on Int’l Relations currently scheduled.

The Long Haul Ahead for Myanmar’s Rohingya Refugee Crisis

More than 700,000 Rohingya refugees from brutal military operations in Myanmar are stuck in Bangladesh, with returns to Myanmar unlikely soon and Bangladeshi goodwill being tested. In Myanmar,...

Beijing gone from foe to friend in Manila

The ethnic cleansing of the Rohingya is a particularly vicious chapter in a long history of majoritarian nationalism in South Asia, writes Mukul Kesavan in the January 18, 2018, issue of The New...

When Australia reduced its foreign aid to Indonesia by 40 per cent in 2015, Indonesia’s Foreign Ministry responded that ‘Indonesia … is no longer a country that needs aid for development’. At face...

President Rodrigo Duterte of the Philippines has ordered military officials to stop construction work on a sandbar in a disputed area of the South China Sea after Beijing complained, the country’s...

How Southeast Asian and Bangladeshi Extremism Intersect from understandingcon...

Connect with other NYSEAN members focused on Int’l Relations. Add your name.